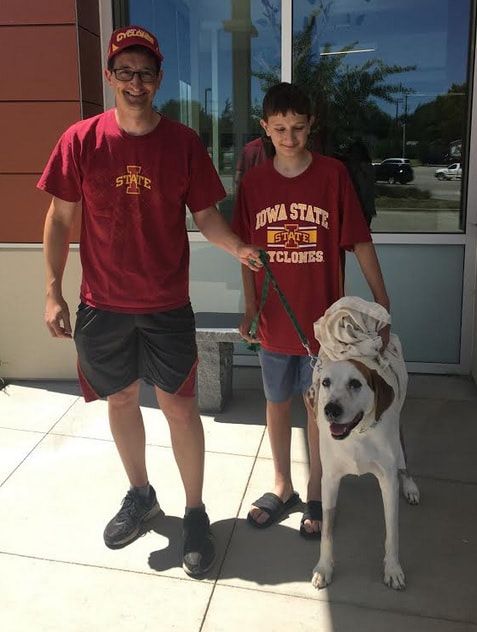 Snickers is a 5 year old mixed breed dog that presented to our ER for a fractured tibia from falling off the dock. Unfortunately, this occurred when the owners were on vacation. Snickers spent a few days in the hospital getting put back together and was able to be reunited with his family to relax at home during the healing process! 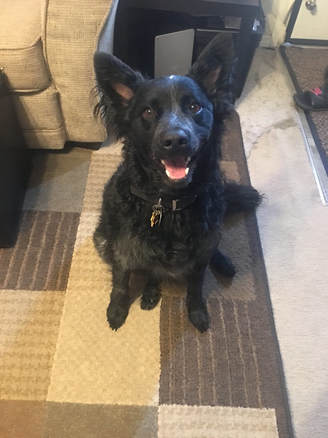 ​A year and a half ago, in March of 2016, my dog Beau was granted money from the IronDog fund. It was four days after his first birthday and he fractured his tibia. Unfortunately, the cause of the fracture was unknown. It was the last day of spring break and he had spent the entire week at my parent's feedlot with their dogs. We think he may have been jumping up/down from haybales or equipment (something my parent's dogs did frequently) and landed wrong. After stabilization at the local vet, we headed here. Our options were amputate or plate. A plate was necessary due to his age and activity level. If it had not been for the IronDog fund, we would have had to amputate for financial reasons. I know myself, and Beau, are forever grateful that we got to keep his leg. I would love to do my part so other people and pets can be as fortunate as we were having received money from the fund. 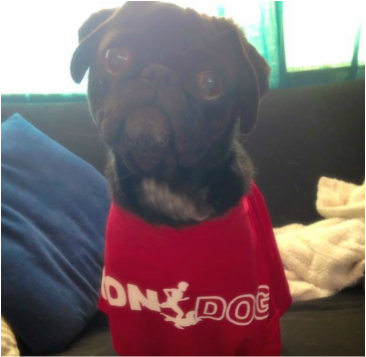 Meet Meeko, a 2-1/2 year old black pug who has a habit of eating things that he shouldn’t! Meeko was brought to ISU’s Emergency Service after he stopped eating and drinking for a day. A foreign body was palpated in his abdomen, and diagnostics were performed to confirm a foreign body obstruction. Surgery was performed and several unidentified pieces of bone/toy were removed from his small intestines. Meeko stayed in the hospital for a day following surgery, but was able to go home and is now making a full recovery! 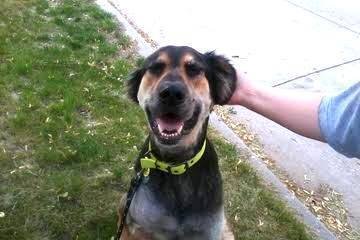 Sampson, a 4 year old Great Dane, was stolen and missing for 3 weeks before his owner found him over 30 miles from home with the help of Facebook and many friends searching for him. However, Sampson’s journey was far from over as he was in pain from a broken femur and toes. He was brought to ISU for surgical repair which was funded in part by the IRONDOG fund, but Sampson and his owner were not alone as they had a large support group from the 'Surgery for Sampson' Facebook group. Following surgery, Sampson is recovering well and we look forward to seeing Sampson return back to his normal life! 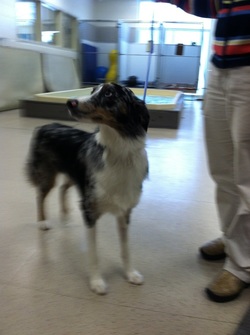 Meet Paisley, a 2 year old Australian Shepherd who is one of our IRON DOGS! Paisley presented to us for being lame on her left hind limb. She was diagnosed with a left femur luxation, so surgery was required to correct the lameness. ISU IRONDOG helped to pay for part of her care at ISU's Veterinary Teaching Hospital. She recovered well from her surgery and has received some rehabilitation of that limb at ISU as well. She is now moving around so much that she wouldn’t hold still for a good photo! She is so cute and lovable. 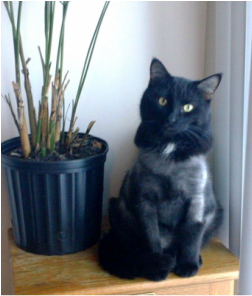 Onyx is a handsome 4 year old cat who was brought to the ISU Emergency Service at the end of November 2013 for wounds that had progressed to large areas of skin loss around his chest and forelegs. Wound culture also revealed that he had a multi-drug resistant species of bacteria present in the wound. With some hard work on the part of the ISU Soft Tissue Surgery Service, along with some financial support from our fund, his wounds were treated and he is back to being his healthy, active self!

Onyx was the very first official IRONDOG case at Iowa State!
Powered by